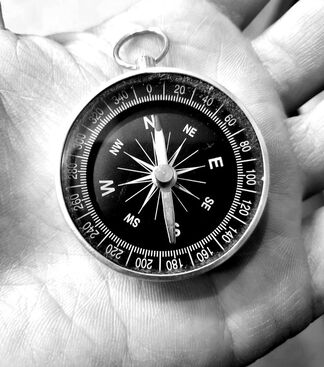 The problem with delaying a decision is that time doesn’t stop. The longer you wait the more circumstances change - the more you change. In short periods this may have some limited benefit, but when extended too long it is almost always is to your own detriment. Slowly, as the time slips away, doors begin to close.

This was the central lesson that came to me from a process begun a decade ago. In my mid-20’s – in many senses a prime period of life – I found myself paralyzed in a rut. Up until that point there was a natural progression, the momentum of daily living moved me forward. Youth lead to adolescence, to school, to university, to graduation. But I mistook the institutional rituals that happen early in life for the general progress of an individual thereafter.

The crux came when I discovered myself staring the choices and freedoms of early adulthood with without any grounding to determine where to go. Realizing that I was no longer shackled to a predefined path was unnerving. There no longer was a clear route. Until then, any choice had been defined by determining the benefits and draw backs between possibilities. This had become something different. The calculus couldn’t be made because the more I looked the more I found too many unknowns.

Indeed, I fully believe that this is why we institutionalize people to conform to a certain way of living from a young age. Life is easier when you can’t see the forks in the road. Most people continue to subconsciously hide in the ritualizations of habitual life rather than face the truth right before their eyes. The progression of child to youth continues into adulthood as people search for ladders to climb to ‘success’. The problem is that nobody ever takes a moment make sure that their chosen ladder is on the right wall before beginning the long ascent. Only decades later, do they realise that they ended up in the wrong place and that there is no way back down.

For me, I took a look a little too hard, and maybe a little too long. I have a natural aversion to circumscribed pathways and being told what to do. Thus, I stalled and I waited. I rejected the ladders and everything they stood for. I refused to climb for fear of choosing the wrong one. After all, once you get far enough off the ground, dismounting the ladder is no longer possible, especially if you are surrounded by people climbing right after you. The only option is a free-fall and the hard landing. But the longer I waited the more I found a different sort of limitation

Despite my unwillingness to climb, time continued to pass. Doors closed and ladders got drawn up or kicked away. But through this I found the core realization that has come to define the following decade: in the absence of information to make a choice, freedom is found in the commitment to a decision to a self-defined vision. In order to find your way you have to make your way. Unconventional paths are traveled by unconventional people, but freedom can equally be found in unconventional approaches to conventional living. The essence of a decision – the commitment to create something and press on despite the unknown.